The All-Star guard confirmed on social media that he was the second player, after Rudy Gobert, to test positive. 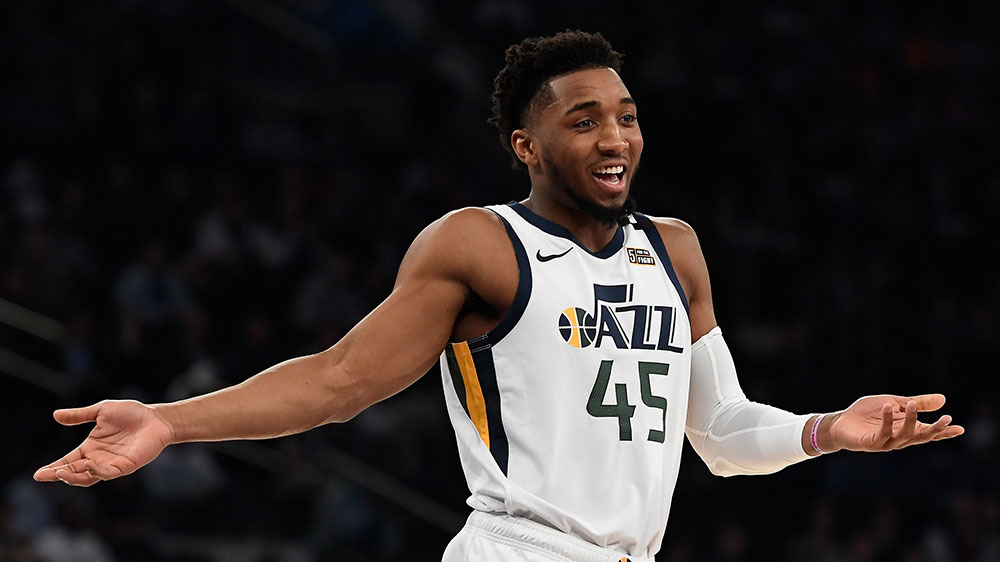 A second member of the National Basketball A's Utah Jazz, Donovan Mitchell, has tested positive for the coronavirus.

The team confirmed Thursday morning that a second Jazz player had tested positive for the virus, but did not identify the player. The All-Star guard later confirmed the report over social media.

All-Star centre Rudy Gobert tested positive on Wednesday, and his diagnosis led to the United States-based NBA opting to suspend its season indefinitely.

According to a report from ESPN's Adrian Wojnarowski, "Jazz players privately say that Rudy Gobert had been careless in the locker room touching other players and their belongings. Now a Jazz teammate has tested positive."

Gobert, 27, was seen touching every reporter's microphone stationed at the podium at the end of a media session Monday that addressed, in part, the coronavirus. His action was perceived to be done in a joking manner.

"Thanks to everyone who has been reaching out since hearing the news about my positive test," he wrote.

"We are learning more about the seriousness of this situation and hopefully people can continue to educate themselves and realize that they need to behave responsibly both for their own health and for the well being of those around them.

There Is No Trumpism Without Trump

(CNN)At a glance, it may look like many Americans have long forgotten about the...

In the Face of Rising White Supremacist Violence, Police...

It’s been 10 months since someone set an office building on fire at Highlander Research...

Trump Declares Himself the Candidate of white America

(Yahoo News) - After a summer when hundreds of thousands of people took to the streets...

A mother and two daughters were found dead after an Amber Alert was issued Saturday.

Xbox Series S and X Developer Mode: 3 things you can do...

(NYT) - President Trump long ago redefined what constitutes normal in the White...

(HuffPost) - The block by Senate Republicans came in the same week the president...

How the plot to invade Venezuela fell apart

Deeply flawed from the start, the audacious plan to overthrow Nicolás Maduro unravelled...