In 2019, it was business as usual for the four big tech companies with regulatory targets on them – Alphabet Inc., Amazon.com Inc., Apple Inc., and Facebook Inc. Expect more of the same until the presidential election in November, according... 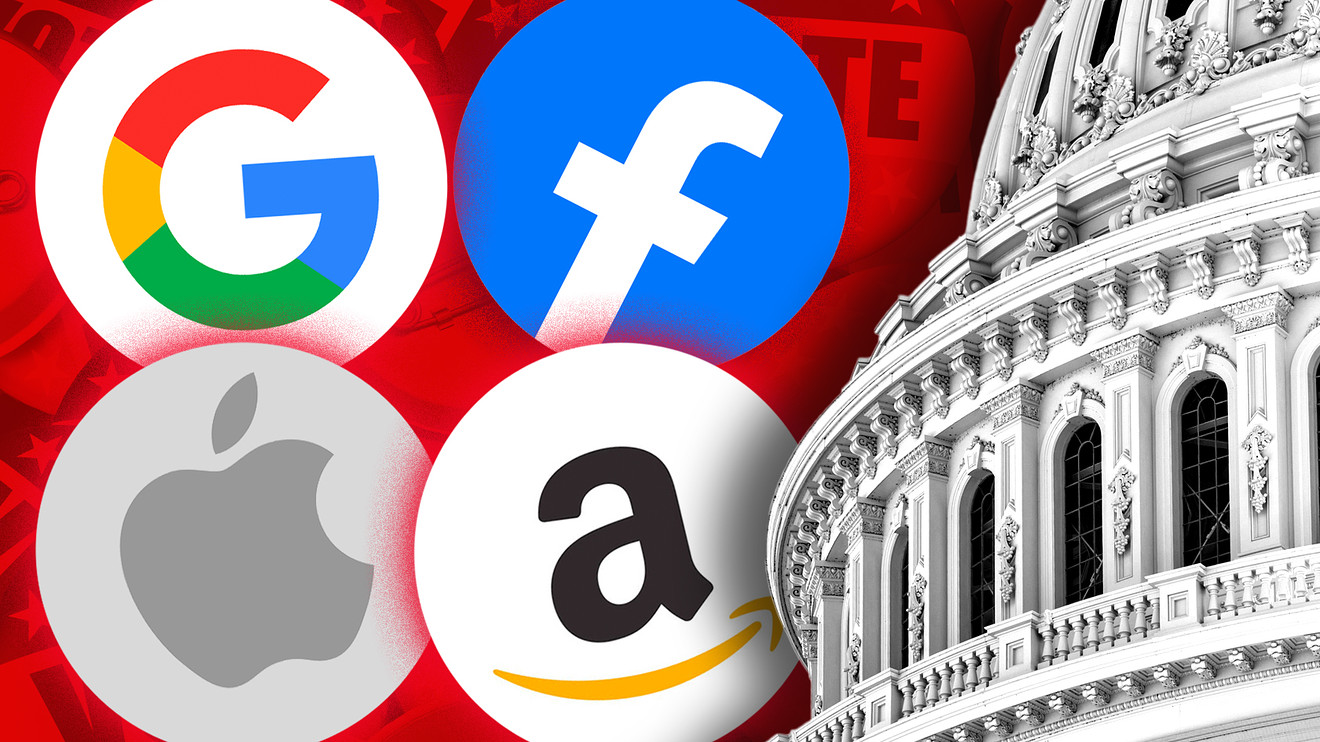 In 2019, it was business as usual for the four big tech companies with regulatory targets on them – Alphabet Inc., Amazon.com Inc., Apple Inc., and Facebook Inc. Expect more of the same until the presidential election in November, according to legal experts and politicians interviewed by MarketWatch.

They face federal antitrust probes from the Justice Department and Federal Trade Commission, a separate investigation by 47 state attorneys general, the launch of the toughest data-privacy law in the nation’s history, and an angry mob of politicians ranging from the extreme right to the far left.

And yet it was business as usual in 2019 for Alphabet Inc. GOOGL, -0.30% GOOG, -0.24%, Amazon.com Inc. AMZN, -0.16%, Apple Inc. AAPL, +0.19%, and Facebook Inc. FB, -0.05%, the four Big Tech companies with big targets on their backs. Revenue continued to pile up, stock prices and market values soared, and they inhaled startups to expand their growing digital empires. They end the year worth more than $3.5 trillion collectively, thanks to stock gains ranging from about 25% for Amazon to a whopping 85% for Apple.

Amid all the big talk about investigations and recriminations, legal experts and politicians interviewed by MarketWatch expect that the status quo will continue in 2020, at least until the presidential election in November. What few details that have emerged — the FTC is considering seeking an injunction against Facebook for how it integrates its apps, and the Justice Department is reportedly looking at Google’s YouTube — could prompt some incremental changes. Facebook, for example, has taken several voluntary actions to appease antitrust concerns in the form of a new tool that lets consumers transfer photos to Google and other services.

But self-imposed actions such as those are unlikely to go deep, according to interviews with a dozen legal experts, politicians and Big Tech representatives, and nowhere near potential government actions, such as Facebook being forced by the FTC to spin off Instagram and WhatsApp, or Amazon splitting off its cloud division, Amazon Web Services. Those types of big moves are sheer fantasy in the current climate of political gridlock, where regulatory action and national legislation could be years away.

“Do they continue to act with impunity? Does the 2020 election change the calculus? There will be marginal changes on both counts,” Andrew Jay Schwartzman, senior counselor with the Benton Institute for Broadband & Society, told MarketWatch. “I don’t see any signs the companies are compelled to make fundamental changes in the course they have been following.”

Officially, as has mostly been the case since news of the antitrust probes surfaced in June, all four companies were conspicuously silent. They had no comment when contacted by MarketWatch.

There are other signs of incremental self regulation — YouTube on Dec. 11 announced a more rigorous anti-harassment policy, and Facebook plans to spend $130 million over six years on a Supreme Court-like group of advisers to help it filter objectionable content from its platform — but tech companies seem wary to make any big changes in response to the backlash.

“There’s an old adage in legal policy: If you change your behavior during an investigation, it is tacit acknowledgment that you’re doing something wrong,” said Herbert Hovenkamp, a professor at the University of Pennsylvania who teaches at its law and business schools.

If there are to be any major changes in 2020, experts say, they are likely to fall into three categories: blocking of acquisitions, new privacy legislation in the mold of California’s landmark new law, and punitive actions from antitrust investigations.

How Republicans made millions on the tax cuts they pushed...

Justice Dept. Is Said to Quietly Quash Inquiry Into Tamir...

(Yahoo News) - Parents are knowingly sending their children who have coronavirus...

(Huffpost) - A historic uprising against police brutality in the city has seen the...

A day before marijuana becomes legal in Illinois, the state's governor on Tuesday...

"We couldn't go outside under any circumstances. Not even if you have a pet,"...

(NYT) - It’s both a moral failure and a public health one. Like the nation overall,...

(DailyMail) - Barbados has announced its intention to remove the Queen as its head...