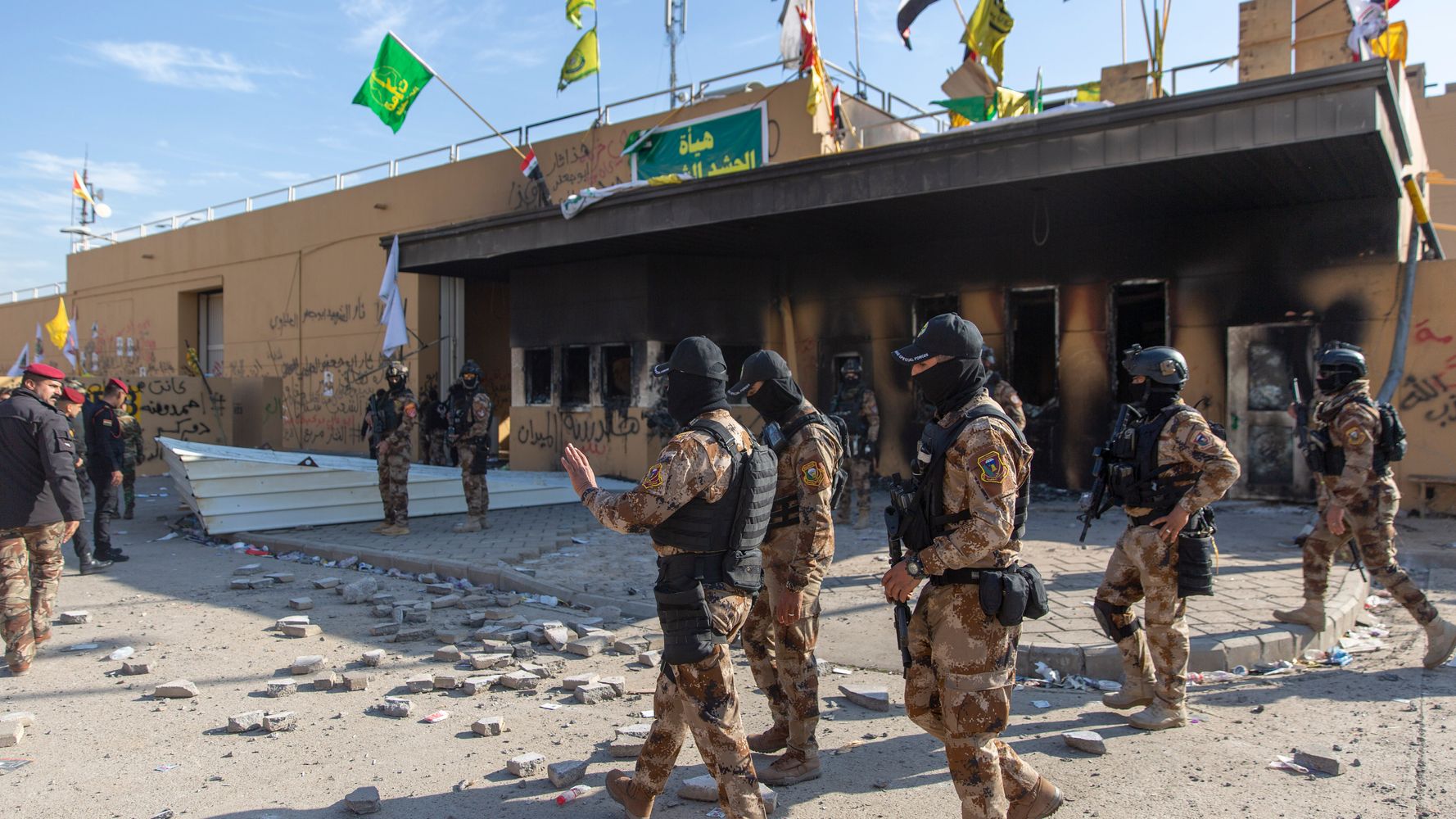 Lawmakers voted Sunday in favor of a resolution that calls for ending foreign military presence in the country. The resolution’s main aim is to get the U.S. to withdraw some 5,000 U.S. troops present in different parts of Iraq.

The Iraqi resolution specifically calls for ending an agreement in which Washington sent troops to Iraq more than four years ago to help in the fight against the Islamic State group.

The resolution was backed by most Shiite members of parliament, who hold a majority of seats.

Many Sunni and Kurdish legislators did not show up for the session, apparently because they oppose abolishing the deal.

The U.S. military, which recently killed Iranian Gen. Qassem Soleimani “will pay the price,” he added in a speech Sunday.

“The suicide attackers who forced the Americans to leave from our region in the past are still here and their numbers have increased,” Nasrallah added.

Pope Francis is calling for dialogue and self-restraint in his first public comments amid soaring tensions between the U.S. and Iran, after a U.S. airstrike killed Iran’s top general in Iraq.

During his Sunday noon blessing, Francis warned: “War brings only death and destruction.” He led the tens of thousands of faithful gathered in St. Peter’s Square in a silent prayer for peace.

Speaking off the cuff, Francis said: “I call on all side to keep alive the flame of dialogue and self-control, and to avoid the shadows of enmity.”

Francis had hoped to visit Iraq this year to minister to the Christian minorities that have been targeted by the Islamic State group. Vatican officials and local Catholic bishops in Iraq have voiced concern about the impact of any new conflict on the weakest and most marginal in Iraq.

US soldiers killed after man in Afghan army uniform opens...

Myanmar's military says it's taking over as world leaders...

A ‘rise in white supremacy’: Black pastor alarmed by Proud...

Behind Warner Bros.’ Search for a Black Superman

20 Ways To Be A Happier Person In 2020, According To Therapists

If you're going to make a resolution for the new year, it may as well be improving...

"We want to change the narrative, first of all. We want people to understand that...

Her neighbors called for help. When cops showed up, they...

Healthier eating choices fall victim to coronavirus as Americans load up on shelf-stable...

Police misconduct, such as falsifying evidence, is a leading...

(Aljazeera) - US president had asked what ‘options were available’ to take action...

(Daily Mail) - Press across the globe have branded the United States a laughing...