Bloomberg On Ex-Felon Voting Rights In 2018: 'They're Not Going To Vote Anyway'

The Democratic presidential hopeful now has a plan to restore voting rights for felons, but he didn't seem to care much about the issue two years ago. 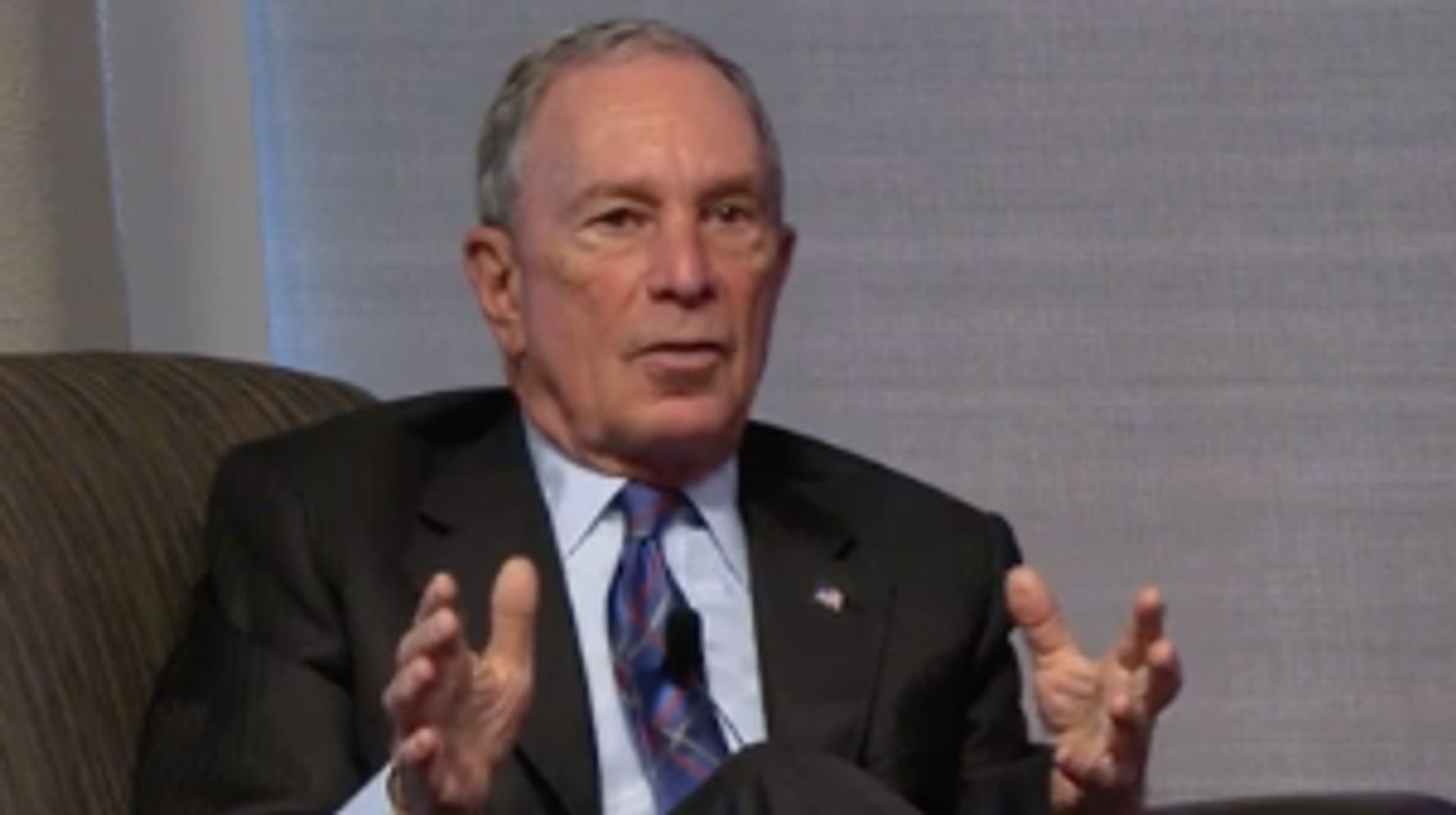 Democratic presidential hopeful Michael Bloomberg released a plan last month to restore voting rights to convicted felons who have served their sentences, but he didn’t seem too enthusiastic about the issue just a year earlier.

During an event at New York University in May 2018, the former New York mayor lamented that “good government” advocates, such as those who pushed for a moratorium on earmarks, were getting in the way of “practical stuff,” including elections apparently.

“What is the purpose of elections? In America, it is to give everybody the ability to express themselves,” Bloomberg said during the Q&A with Miami Marlins co-owner Ari Ackerman. “And so we argue about whether or not convicted felons who have served their time could vote. I don’t know why we spend so much time ― they’re not going to vote anyway. They’re so few, come on.”

He added: “We argue about whether the right age is 21 or 18, or whatever. Why don’t we maybe say, ‘If you’ve never taken a civics course, or you don’t know history and you can’t read, you shouldn’t be able to vote.’ That’s not what we do. In America, our elections are on making sure people have a right to express themselves.”

Scroll down to watch Bloomberg’s Q&A with Ari Ackerman.

Bloomberg has abruptly reversed his positions on several controversial issues in the months surrounding the November announcement of his presidential candidacy, and his take on restoring voting rights for convicted felons appears to fit the pattern.

For instance, in 2018, he argued that increasing the minimum wage was one of the many “impediments to job creation.” Now that he’s running for president, he supports a $15 minimum wage, following the rest of the Democratic field.

What’s more, Bloomberg was a staunch proponent of the controversial stop-and-frisk policing policy, which disproportionately affected Black and Latino communities, during most of his mayoral tenure. He was heard defending the policy as recently as 2015, claiming “all the crime” takes place in minority communities.

Just months before formally announcing his presidential campaign, Bloomberg publicly apologized for embracing stop and frisk, which has been condemned by his fellow Democratic candidates and civil rights activists as racist.

There are 11 states in the U.S. that strip individuals with felony convictions of their right to vote indefinitely (unless granted a governor’s pardon in certain cases). In 21 additional states, convicted felons don’t immediately regain their right to vote after finishing their sentences and may be required to pay fees first.

Like stop and frisk, felony disenfranchisement policies have a disproportionate impact on communities of color. As of 2016, 6.1 million voters were barred from voting due to such policies, according to the Sentencing Project. About 2.2 million Black citizens are prohibited from voting, the group reported.

Black Americans of voting age are four times more likely to lose their voting rights than the overall adult population, and in four states ― Florida, Kentucky, Tennessee and Virginia ― more than one in five Black adults are disenfranchised, according to the Sentencing Project.

“In prison, they made sure to tell us, ‘You will never be able to vote, unless the governor restores your rights,’” Assaddique Abdul-Rahman, a convicted felon who became an organizer for voting rights after his release, told The New York Times in 2018. “I knew that those who could not vote did not have power. We were the underbelly.”

But Bloomberg, that same year, shrugged off the issue, declaring in his throwaway remark that convicted felons wouldn’t vote even if they had the chance. Of course, his statement 13 months later announcing his plan to restore those rights struck a decidedly different tone.

WHO says it is Running Out of Money to Fight Ebola

After being courted by Trump, African Americans, Latinos...

The Divine Breaking of Capitalism and the Hardening of...

Two things are happening to the social state of America: 1) God is destroying America's...

100 ways you can take action against racism right now

(USA Today) - As protests continue over George Floyd's death and the continued mistreatment...

Once again, science has stumbled on a solution to the behavioral problems in children...

It can be hard to find affordable living and quality health care in a single retirement...