Trainees and staffers with a state agency gave the salute in a class photo, saying they were honoring an instructor. 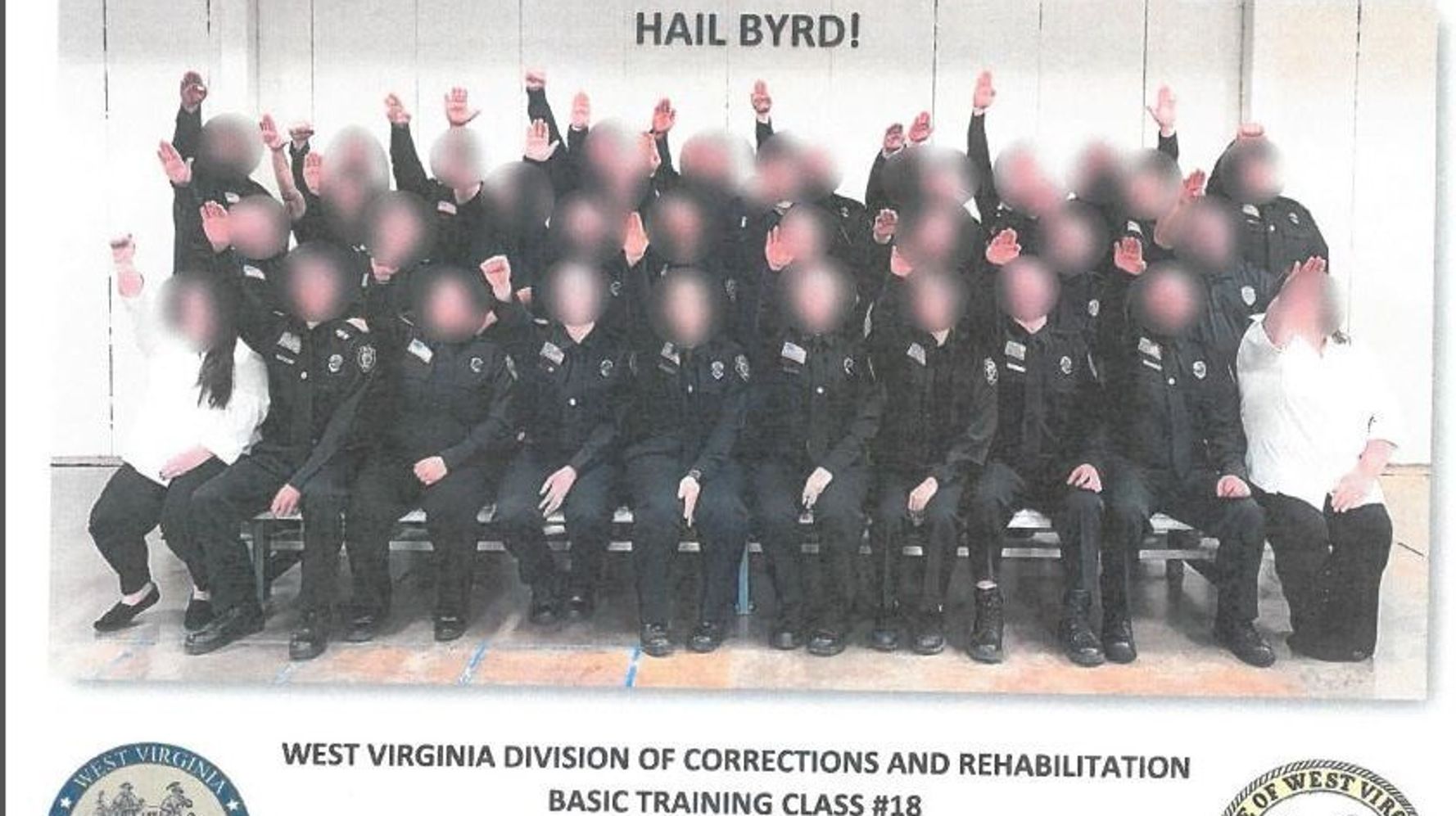 Trainees and staffers with a state agency gave the salute in a class photo, saying they were honoring an instructor.

More than 30 cadets and staff members at a corrections academy in West Virginia have been fired after a class photo surfaced on Dec. 5 showing them making a Nazi salute.

West Virginia Gov. Jim Justice (R) said Monday that after reviewing a report on the incident by the state’s Department of Military Affairs and Public Safety, he approved recommendations that those in the photo and some academy staff who knew about it be fired. All were employed by the state’s Division of Corrections and Rehabilitation.

“As I said from the beginning, I condemn the photo of Basic Training Class 18 in the strongest possible terms,” Justice said in a statement.

Charleston, West Virginia-based WCHS-TV was the first to report the photo of members of Basic Training Class 18, in which nearly 30 people are seen making a gesture used to salute German dictator Adolf Hitler, who started World War II and oversaw the slaughter of millions of Jews. The cadets made their gesture ― known as the “Hail Hitler” salute ― beneath a sign reading “Hail Byrd.”

The department’s internal report said the “Byrd” referred to was the class instructor (her first name was not given by the officials). Many cadets said she encouraged them to make the Nazi salute in several photos taken at the time, according to the report.

“They do that because I’m a hard-ass like Hitler,” Byrd later told a staff secretary.

The investigation found that Byrd and some of the cadets in her class were also depicted paying homage to Hitler in other photos. One reportedly shows Byrd and some cadets holding their hands horizontally beneath their noses, in an apparent reference to Hitler’s distinctive mustache. The investigation into those photos is ongoing, the report said.

Some cadets in the photo allegedly expressed concerns about making the Nazi salute, and some who felt pressured to participate ultimately tried to satisfy their instructor and fellow classmates’ demands by throwing up a fist instead.

However, Military Affairs and Public Safety Secretary Jeff Sandy recommended that everyone in the photo be fired for contributing to “far-reaching and harmful perceptions that are the antithesis of the values we strive to attain.”

A spokesperson for the department said that because of privacy protections, the office couldn’t confirm whether Byrd was among those facing repercussions for the photo. But the spokesperson confirmed that Byrd no longer works for the corrections and rehabilitation division.

The department’s concluding paragraph said, “There is no dispute that the ‘Hail Byrd’ gesture and photograph were highly offensive and egregious in appearance, but the investigation did not reveal any overt motivation or intent that this was a discriminatory act towards any racial, religious, or ethnic group. Rather, contributing factors included poor judgment, ignorance, peer pressure, and fear of reprisal.”

20 Ways To Be A Happier Person In 2020, According To Therapists

An Arkansas Black Lives Matter group was confronted by...

Black Women With Natural Hairstyles Less Likely To Get...

A ‘rise in white supremacy’: Black pastor alarmed by Proud...

(Raw Story) - Growing increasingly angry over the course of the night, Proud Boys...

(NYT) - A federal judge said the law would result in discrimination against felons...

"We couldn't go outside under any circumstances. Not even if you have a pet,"...

(Reuters) - Evanston is poised to become the first U.S. city to offer reparation...

About a dozen people linked to White House test positive...

Some Canadians are trying to deter US visitors fleeing...

(Yahoo News) - Despite Canada's reputation for politeness, some American drivers...

Americans plan to stockpile food this fall over fears of...

(USA Today) - Leslyn Hall says she and her husband plan to stock up on groceries...