Officials' conversations have made it clear that it's not a question of if Iran will respond, but when, where and how, source says

The Trump administration has privately warned members of Congress that Iran is expected to retaliate against the US "within weeks" for the strike that killed Qasem Soleimani even as they failed to convince some that the operation was merited... 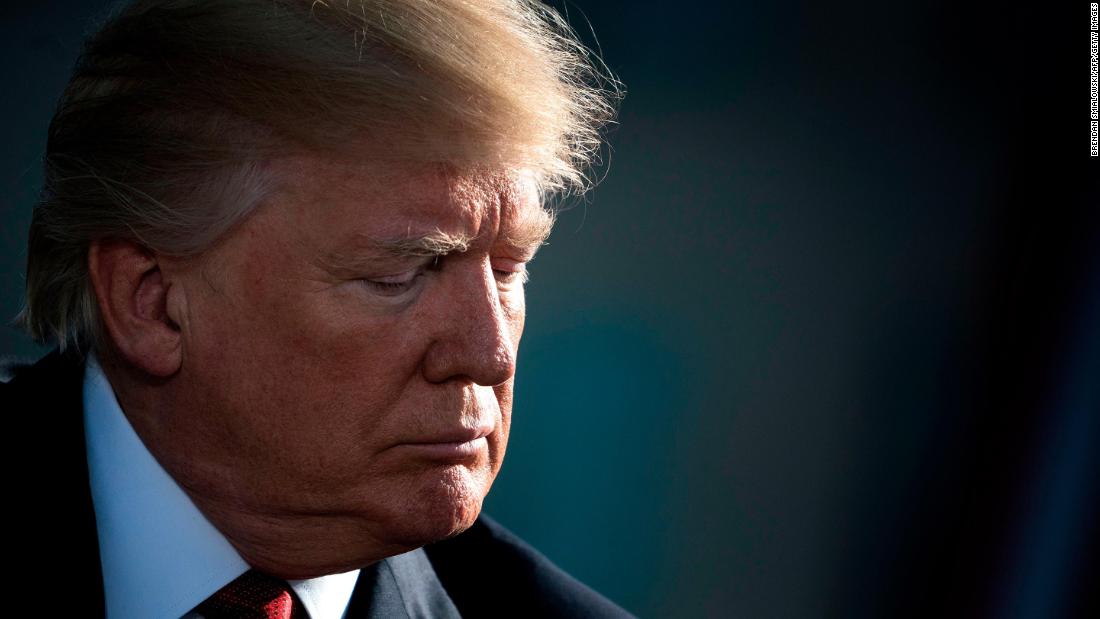 The Trump administration has privately warned members of Congress that Iran is expected to retaliate against the US "within weeks" for the strike that killed Qasem Soleimani even as they failed to convince some that the operation was merited due to an imminent threat against American lives.

Washington (CNN)The Trump administration has warned members of Congress that Iran is expected to retaliate against the US "within weeks" for the strike that killed Qasem Soleimani even as they failed to convince some that the operation was merited due to an imminent threat against American lives.

There are also intense discussions taking place inside US military and intelligence agencies to assess whether Iran might be preparing some type of retaliatory strikes in the next few days or wait for some time, according to a US official with direct knowledge of the situation. "There are conflicting views" on whether Iran will quickly retaliate or wait, but US military defenses are ready, the official said.
Chairman of the Joint Chiefs General Mark Milley publicly addressed the issue of potential retaliation from Iran Friday. When asked whether there is now a risk to US safety in the region, Milley bluntly said, "Damn right there is risk."
Officials from the National Security Council, State Department, Pentagon and intelligence agencies echoed that concern during classified briefings Friday, making it clear that it is not a question of if Iran will respond, but when, where and how, a source with knowledge of what was discussed told CNN.
National security officials were blunt as they described a range of retaliatory possibilities inside the US and abroad. The goal, one administration official familiar with the briefing said, was to make sure lawmakers were "cleared-eyed" about the possibilities for Iranian retaliation and that nothing was sugar coated.
The official told CNN that the administration wanted to make it clear it couldn't rule out retaliation within the next few weeks -- or even months -- given how Iran historically has responded to what it views as acts of aggression against the regime.
Iranian President Hassan Rouhani said Saturday that the United States committed a "grave mistake" in killing Soleimani and that Americans "will face the consequences of this criminal act not only today, but also in the coming years."
Administration officials confirmed the existence but not the number or locations of Iranian proxy actors in the Western Hemisphere -- both inside the US and below the southern border -- and warned of attacks possibly coming from Iranian-trained Lebanese Hezbollah, which has sleeper cells in US and European cities, the source familiar with the briefing said.

Iran could also retaliate by hitting US regional allies inside Iraq and in the Middle East, administration officials said, noting the apparent concerns of unspecified Gulf partners.
But a source familiar with the latest intelligence told CNN that it showed vehicle mounted rockets, known as Grad trucks, and other military weaponry were moving closer to US interests, particularly the Al Asad air base in Iraq.
Other targets of concern included the US air base in Qatar and US interests in Kuwait. The source noted those threats have existed for several months but that the intelligence indicated growing urgency because of how close the trucks were getting to US interests.
There are also indications that Iran has ramped up the readiness of its short and medium range ballistic missile force inside Iran since the death of Soleimani but that does not mean a strike by Iran is imminent, the US official directly familiar with the information told CNN. They added that the US is conducting intense surveillance by satellite and other means to determine how soon missiles -- which are liquid fueled -- might be ready.
Read More

Student Loan Forgiveness and Another Round Of Stimulus...

Eight MILLION Americans have slipped into poverty since...

Study: A third of COVID patients later had psychiatric...

Americans plan to stockpile food this fall over fears of...

A Republican Senate Would Be Bad for Business

Dozens of Iranians and Iranian-Americans were detained for hours at the Washington...

Police cut off access to downtown Louisville ahead of Breonna...

(USA Today) - Somebody let the brothers and sisters in Louisville know this is a...

(Yahoo News) - Donald Trump has come under fresh attack over his dogged refusal...

A look inside the Green Book, which guided Black travelers...

There are three ways Black men are being emasculated today: imprisonment, media...

China Wants to Use the Coronavirus to Take Over the World

What started as a catastrophe for China is shaping up to be a moment of strategic...