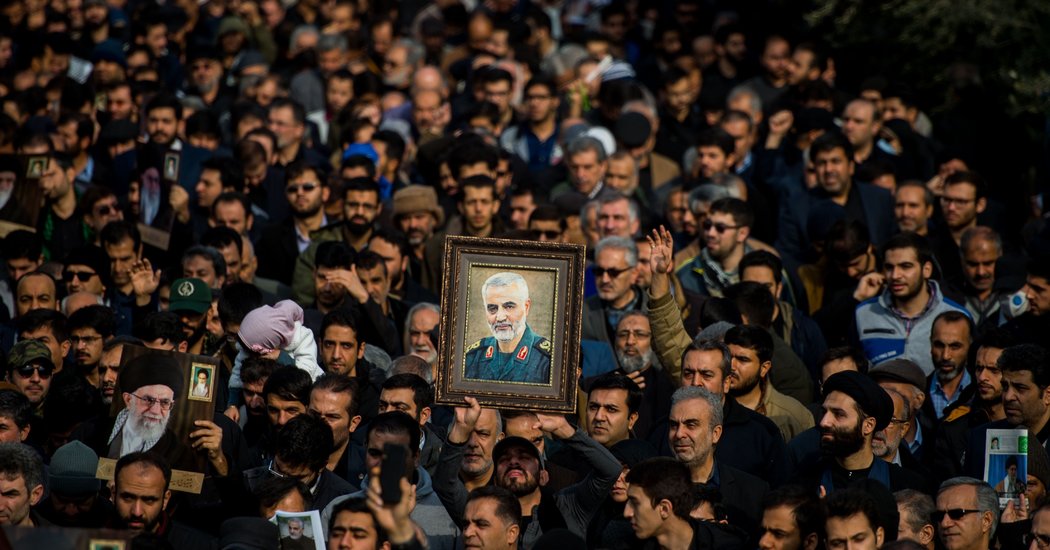 Trump says airstrike was ordered ‘to stop a war.’

President Trump said Friday afternoon that the airstrike that killed Maj. Gen. Qassim Suleimani, the powerful Iranian commander, was ordered “to stop a war” and prevented attacks on Americans.

“Suleimani was plotting imminent and sinister attacks on American diplomats and military personnel, but we caught him in the act and terminated him,” he said, speaking to reporters from his resort in West Palm Beach, Fla. “We took action last night to stop a war, we did not take action to start a war.”

Mr. Trump said the United States is not seeking regime change in Iran, but called for Tehran’s “aggression in the region” to immediately end. He also warned Iran against retaliating, saying, “If Americans anywhere are threatened, we have all of those targets already fully identified, and I am ready and prepared to take whatever action is necessary.”

He added, “that in particular refers to Iran.”

The airstrike directed by Mr. Trump dramatically ratcheted up tensions between Washington and Tehran, and Iran’s leaders quickly promised retaliation for the general’s killing.

Around the time of the overnight strike, a Special Operations unit based in the United States boarded transport aircraft bound for the Middle East, one Defense Department official said.

The deployment of the elite Army Rangers was the latest to the region. This week, the Pentagon readied 4,000 troops based at Fort Bragg, N.C., for a similar security mission to Kuwait. They are to depart in the coming days, joining 750 troops already deployed, officials said.

Explosive new documents reveal the lengths to which the Justice Department went...

DHS uses federal alert system for 1st time in a year to...

(USA Today) - Colleges aren't the only schools that have had to close their doors...

MILAN — As the infection curve in Italy flattens and the government moves gingerly...