He is fashioning the presidency around his own personality. It's unrestrained, unaccountable, often profane and impervious to facts.

Donald Trump is moving fast in the wake of his impeachment trial to use the government to punish his enemies and pursue his political ends, underlining how his acquittal has helped make him one of history's most powerful modern Presidents. 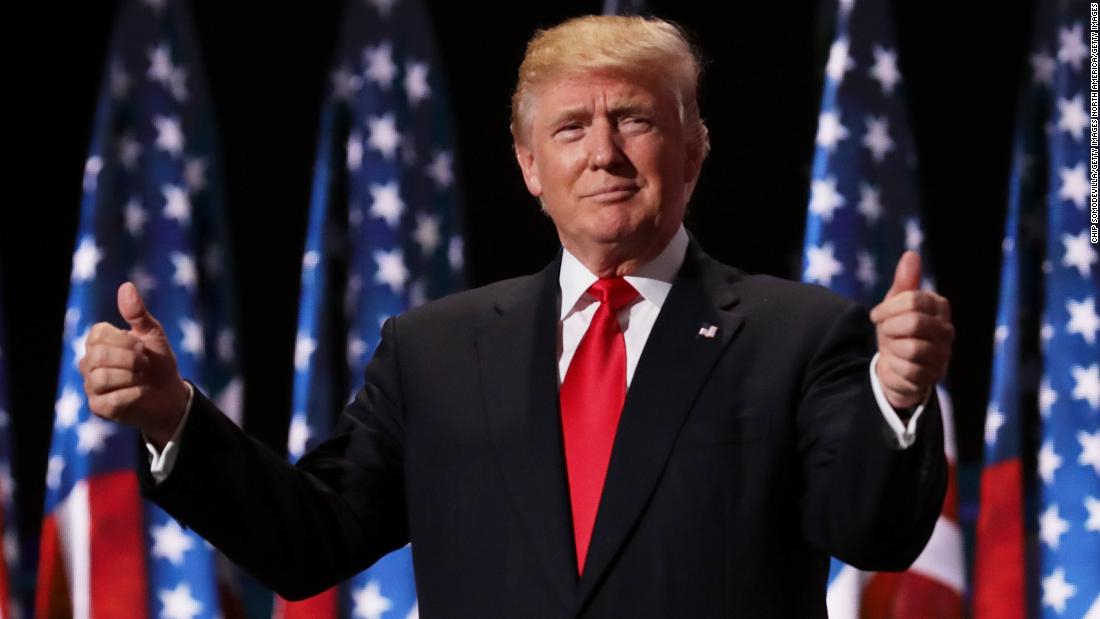 Donald Trump is moving fast in the wake of his impeachment trial to use the government to punish his enemies and pursue his political ends, underlining how his acquittal has helped make him one of history's most powerful modern Presidents.

Trump has meted out retribution to officials who testified against him in the impeachment inquiry, is making a push to defy Congress in funding his border wall and appears to be seeking new ways to hector former Vice President Joe Biden after facing down a mortal threat to his presidency.
He is completing his project of fashioning the office around his own personality. It's unrestrained, unaccountable, often profane, impervious to outside influence and factual constraints of normal governance. The President has established dominance over his party, his Cabinet and his own media complex. He loosened Congress's constraints by refusing to cooperate with the impeachment probe.
The result is that there are very few political constraints on his behavior left.
Trump sent a strong signal of Washington's new power realities Friday by ignoring pleas from the Republican senators who acquitted him and who had hoped to protect those who testified against him.
Lt. Col. Alexander Vindman, a national security council Ukraine specialist and his brother Yevgeny, a national security lawyer who was not involved in the Ukraine controversy, were sent back to the Pentagon. US ambassador to the European Union Gordon Sondland, who effectively implicated Trump in a quid pro quo in colorful House testimony, was also sent packing. The two had been quietly planning exits of their own, three sources told CNN's Kaitlan Collins, but according to a person familiar with Trump's thinking, although he had been advised to simply let them leave to avoid the criticism of firing impeachment witnesses, he didn't want them to go quietly.
Republican senators have correctly pointed out that the President has the power to fire anyone in the executive branch and has the right to a team in which he has confidence.
"He's a political appointee. He serves at the pleasure of the President," South Carolina Sen. Lindsey Graham said on CBS' "Face the Nation" on Sunday, referring to Vindman.
Yet Trump's moves, conducted so quickly after the ending of the impeachment showdown were a clear sign that those who cross him will pay a price -- in a way that could send a chill through the government and stifle dissent and accountability. And they undermine the comments of GOP senators who in voting to acquit the President suggested that the shame of impeachment could temper his behavior.
Similarly, Trump's vocal attacks on Mitt Romney, the sole senator in history to vote to convict a President of his own party, send an unmistakable warning to the GOP: the President demands total loyalty. Those who refuse are ostracized.
Trump is also set to ignore another constitutional norm -- that Congress has the power of the purse -- by diverting billions more in already appropriated funding to pay for his border wall. The administration argues it does not require the approval of lawmakers for such steps. But lawmakers from both parties have complained about losing funding for projects within their own states and have argued the practice is symptomatic of a wider transfer of power from Capitol Hill to the White House.

Van Jones Has A Stark Warning For Democrats Regarding Black Voters

Leaders like the idea of Industry 4.0 more than reality

These Textbooks In Thousands Of K-12 Schools Echo Trump’s...

(NPR) - The president belittling an opponent as weak while portraying himself and...

(USA Today) - Pressley argued that the violent mob that ransacked the Capitol resulted...

A new Anti-Defamation League report also finds that an anti-Latino massacre at a...

Nobody Wants to Live with Millions of Donald Trumps

The last few years of this presidency has revealed that a large portion of American...

(USA Today) - Protesters clashed with police in Minneapolis. They chanted for justice...

"Crewmembers are terrified, knowing their job is putting them on the frontlines...