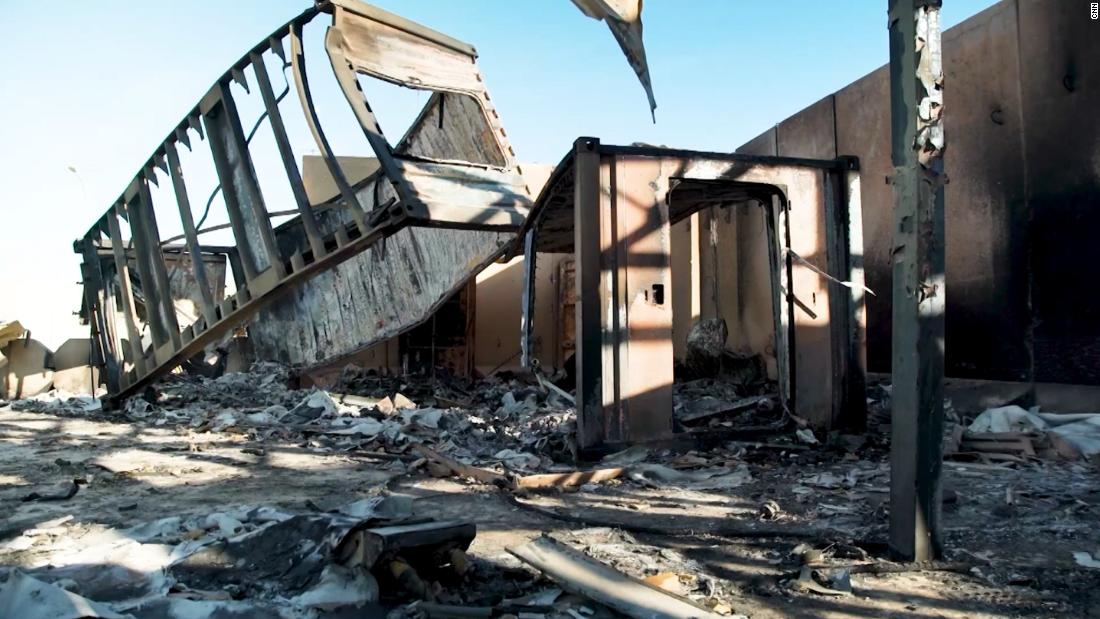 Seventeen service members who were injured have since returned to duty in Iraq, sixteen of whom were treated locally in the country.
Nine service members are still being treated in Germany. An additional eight service members who had been flown to Germany have since been sent to the United States for additional treatment. The eight service members, who arrived in the US Friday morning, will be treated at Walter Reed National Military Medical Center or at hospitals in their home bases.
Although traumatic brain injuries are not always apparent immediately after they've been suffered, the disclosure of injured US service members indicates that the impact of the attack was more serious than initial assessments indicated.
The Pentagon and President Donald Trump had initially said no service members were injured or killed in the January 8 Iranian missile attack, which was retaliation for the January 2 US drone strike that killed a top Iranian general.
Hoffman said Friday that the Defense Department will review its processes for tracking and reporting injuries suffered by service members.
"The goal is to be as transparent, accurate and to provide the American people and our service members with the best information about the tremendous sacrifices our war fighters make," Hoffman told reporters Friday.
Earlier this week President Donald Trump said he does not consider potential brain injuries to be as serious as physical combat wounds, downplaying the severity of the injuries suffered in Iraq.
During the World Economic Forum in Davos, Switzerland, Trump was asked to explain the discrepancy between his previous comments that no US service member was harmed in the January 8 Iranian missile attack on Al-Asad airbase in Iraq, and the latest reports of US troops being treated for injuries sustained in that attack.
"No, I heard that they had headaches, and a couple of other things, but I would say, and I can report, it's not very serious," Trump replied during a news conference.
Last week, US Central Command said that 11 service members were treated for concussion symptoms from the attack. CENTCOM had announced earlier this week that additional members, without providing exact numbers, had been injured.
The most common form of TBIs in the military are mild TBIs, according to the Defense and Veterans Brain Injury Center.
Traumatic brain injuries are not always apparent immediately after they've been suffered.

Hacking against corporations surges as people work from...

Voting by mail in the spotlight as U.S. Congress debates...

But providing businesses with broad legal immunity reduces any incentive for them...

Police cut off access to downtown Louisville ahead of Breonna...

(USA Today) - Somebody let the brothers and sisters in Louisville know this is a...

(AlJazeera) - Video of the police abuse went viral sparking unrest across the country...

Drug Addiction is not a Disease; Mass Shootings are not...

We cannot believe the lies being told to us by mass media or America's so-called...

Scientists propose a 50 days on, 30 days off coronavirus...

(CNBC) - Fifty days of strict lockdowns followed by 30 days where measures are eased...

(Politico) - The court will soon weigh cases that could shrink Medicaid or undermine...

At least two-thirds of states across the country are sharing the addresses of people...

(Revolt TV) - The victim’s mother said her son was shot in the back three times...